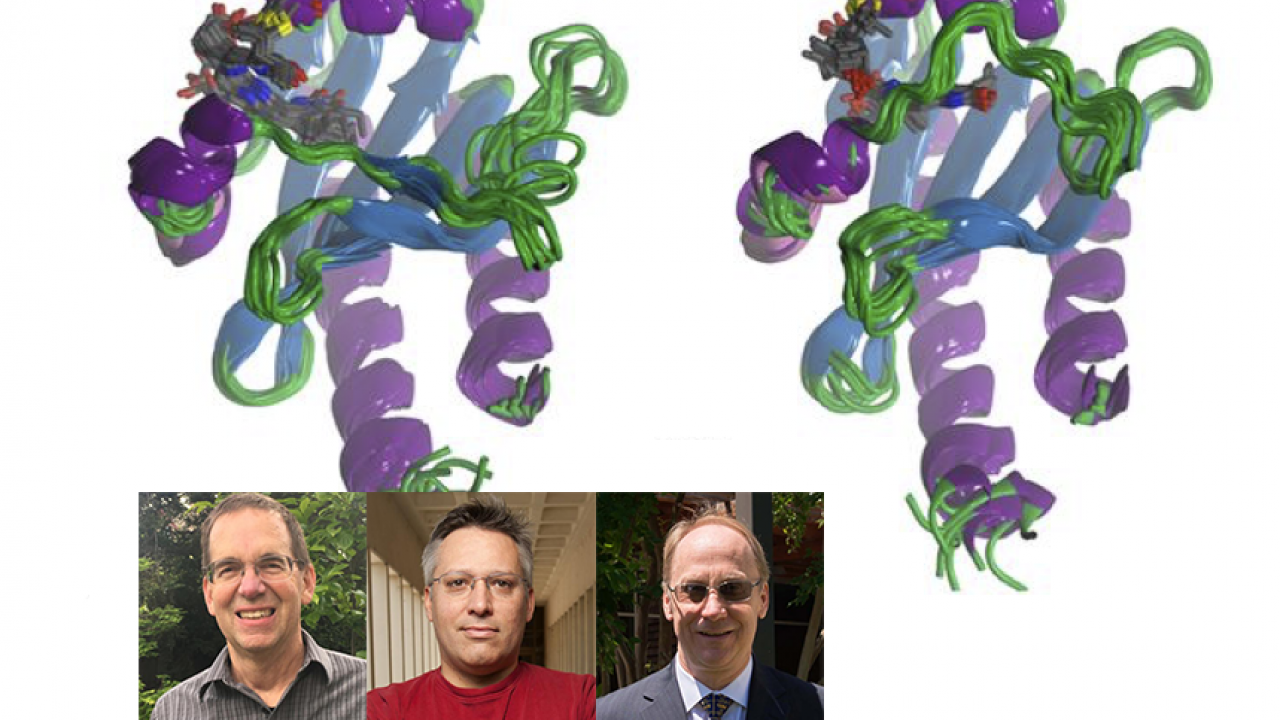 Illuminating the structural basis of photoactivation

A combined effort between the Ames, Larsen, and Lagarias labs correlated spectral and photochemical properties underlying the intrinsic heterogeneity of the photoactive red/green cyanobacteriochrome NpR6012g4 from Nostoc punctiforme. The team applied a broad range of experimental techniques, including NMR structural studies, ultrafast spectroscopy, site-directed mutagenesis, fluorescence, absorbance and low temperature spectroscopy, and biochemical measurements, to identify the changes in the protein conformation that accompany photoactivation. Their measurements reveal structural heterogeneity in the red-absorbing dark state that is attributed to two distinct hydrogen-bonding configurations of its phycocyanobilin chromophore with a red-absorbing population that is responsible for the observed photoactivie and an orange-absorbing species that is functional inactive.

Such understanding of the structural basis of spectral heterogeneity will inform engineering efforts to improve photochemical or fluorescence quantum yields of bilin-based photoreceptors in the phytochrome superfamily.

Direct Conversion of Captured CO₂ into Fuel and Chemicals

A Radical Relay Mechanism for HydG from quantum chemistry calculations