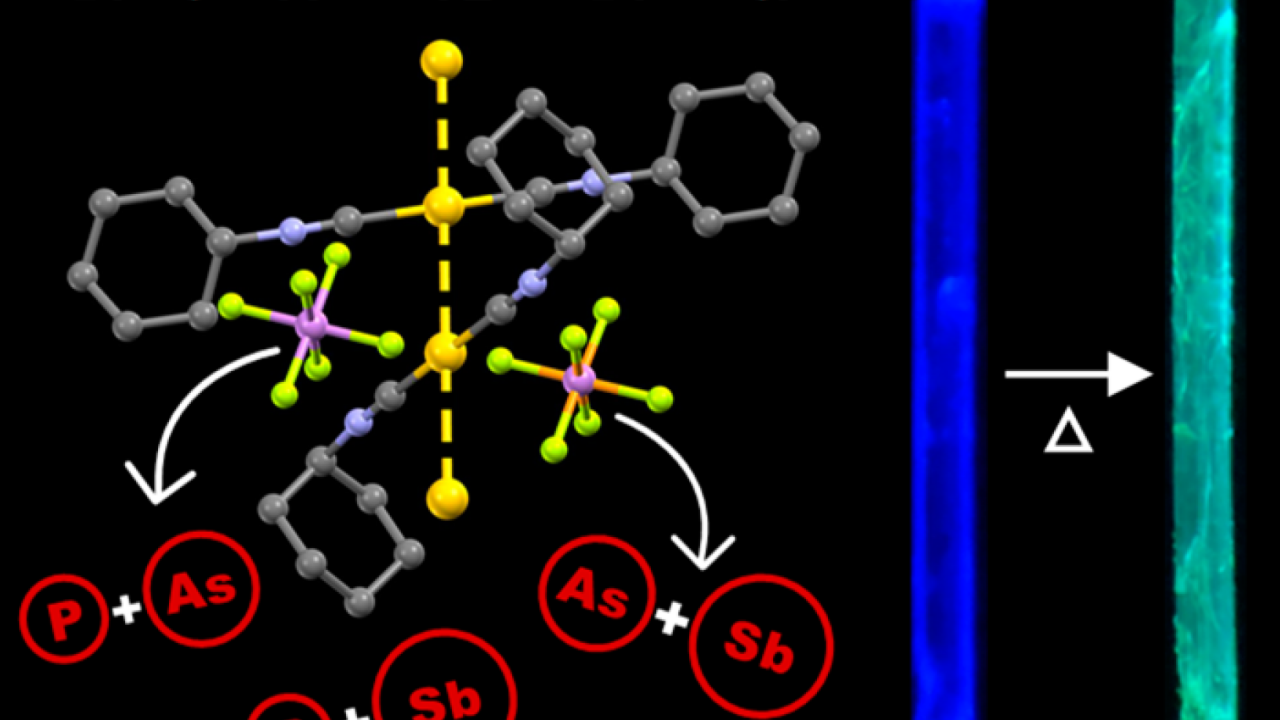 Thermochromic or vapochromic dyes change color in response to temperature changes or vapor pressure of organic compounds, which are useful in many applications including sensors, labels for biomaterials, thermal coatings for windows, and optoelectronic devices.  In a recent JACS publication, Lucy Luong (Balch lab) and coworkers describe experiments showed that salts of the [(C₆H₁₁NC)₂Au]⁺ cation with non-coordinating anions such as PF₆⁻, AsF₆⁻ and SbF₆⁻ feature remarkable diversity in their molecular structure, luminescence, and thermochromic and vapochromic properties depending on which anion is used.  The salt prepared with a 50/50 mix of PF₆⁻ and SbF₆⁻ anions is thermochromic and converts from blue-emitting to green-emitting at 87−95 °C, with the transition temperature increasing as a function of the PF₆⁻ fraction. Salts prepared with 25/75, 50/50 and 75/25 mixtures of PF₆⁻ and AsF₆⁻ were found to be vapochromic and change color upon exposure to organic vapors including dichloromethane, chloroform, ethanol, and methanol.

Direct Conversion of Captured CO₂ into Fuel and Chemicals

A Radical Relay Mechanism for HydG from quantum chemistry calculations