Amplifying the Impact of Science: Recent UC Davis Chemistry Ph.D. Breaks into Policy-Making in the Capital 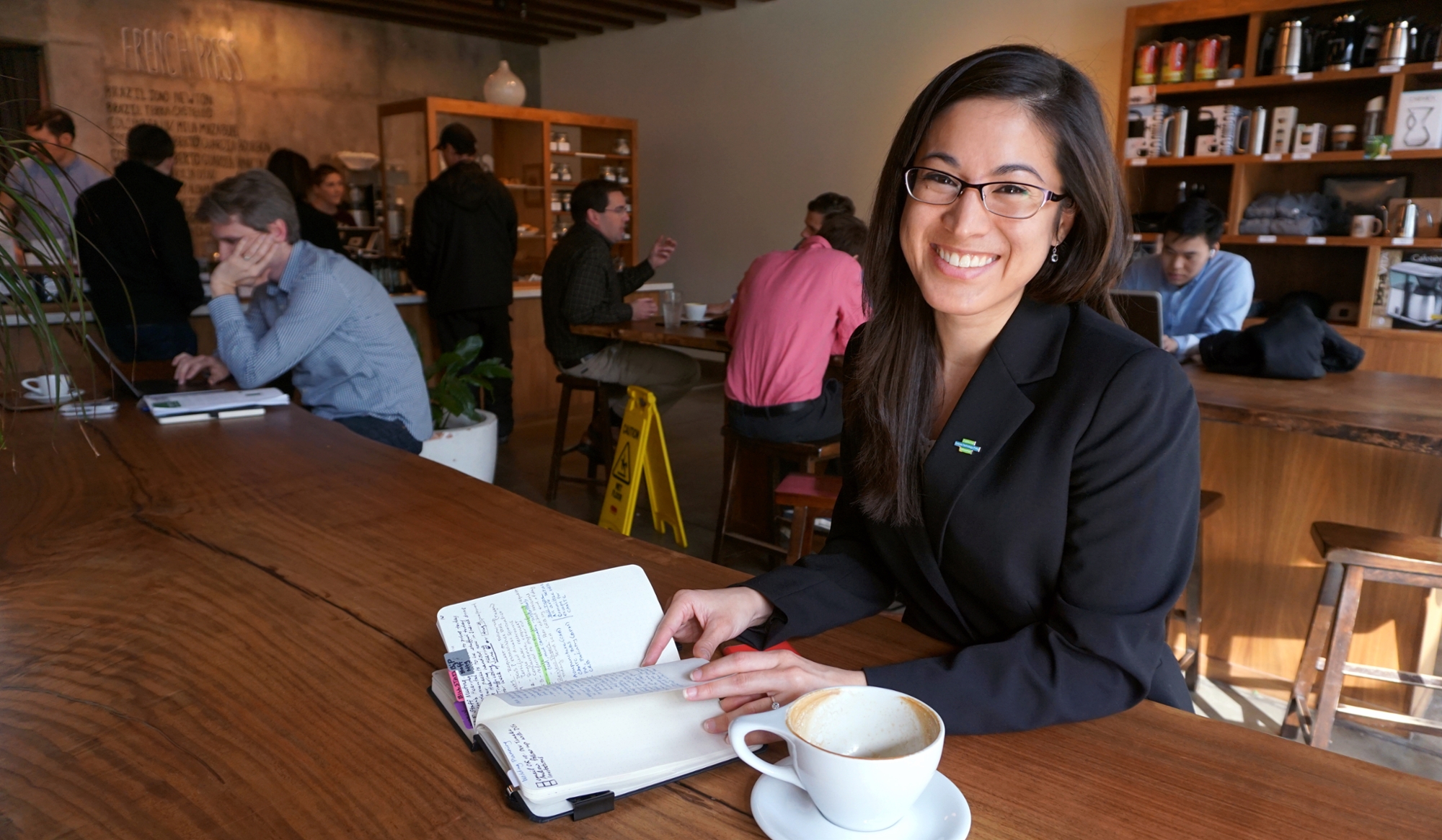 “You can't have people making decisions about the future of the world who are scientifically illiterate. That's a recipe for disaster. And I don't mean just whether a politician is scientifically literate, but people who vote politicians into office.” – Neil deGrasse Tyson

At a time when complex scientific issues are becoming inescapably relevant to daily life--be it gene editing, water treatment, or climate change--it is crucial that our society can make well-informed decisions around science and technology. We need talented individuals who can scrutinize scientific problems, break them down into fundamental concepts, and then package that information in ways that the public and decision-makers can understand and act upon.

One such talented individual is Gabby Nepomuceno, who received her Ph.D. in Chemistry in 2015 working under Professor Jared Shaw. Her doctoral research focused on designing chemical probes to study cell division in bacteria. Near the end of her doctorate, Gabby applied for and was awarded a CCST Science & Technology Policy Fellowship, organized by the California Council on Science and Technology (CCST), a nonpartisan, nonprofit organization which engages California’s top scientists and research institutions with policymakers. The Fellowship program takes scientists interested in improving the interface between science and policy and places them into the California State Legislature for one-year appointments. Over the course of the year, Fellows work closely with policymakers to address complicated scientific and technological issues affecting California.

“Our mission as CCST Science Fellows is to help make California’s policy stronger with science,” explains Gabby, a Bay Area native. “We help translate relevant information from subject matter experts, so policymakers can quickly grasp very technically challenging issues and then do what they do best: find creative ways to solve policy problems. Current and former CCST Science Fellows have worked on everything from healthcare to water quality, education to foster care, medical marijuana to a STEM-ready workforce.”

After a “policy boot camp” hosted by CCST in Sacramento, five fellows are placed in the California State Assembly in the personal office of an assembly member and five are placed on committee staff in the California State Senate. Gabby was assigned to a joint position between the office of Assemblywoman Susan Bonilla and the Assembly Committee on Business and Professions, for which Ms. Bonilla is also the Chairwoman. This position allows Gabby to experience the work of both a legislative aide and that of a committee consultant.

“Ms. Bonilla is a huge proponent of STEM, especially for women in those fields. And she’s a teacher by trade so her mentorship style is very much like an educator,” hails Gabby. “It’s fascinating to see her talk through tough policy issues and bring opposing sides together.”

As scientists, we often have to delve deep into our research to unravel how the natural world works. We learn to think in terms of the scientific method and look to the results of our experiments to reflect truth. If there is a disagreement in those results, more evidence is collected to help clarify. Gabby illustrates that in finding solutions in the policy world, one is not always afforded the luxury of controlled conditions and replicated trials.

“Scientists draw conclusions based on evidence gathered. But, one of the hardest things I’ve had to learn is that the negotiation and consensus-building of policy is neither simple nor black and white. Fortunately, the framework and goals of a proposed policy can be made stronger with science, and policy is made wiser with the democratic process, when the public is engaged and also afforded opportunities to understand the science. The policies we help to inform have the potential to affect nearly 40 million residents in California. As long as we keep science and our fellow Californians in perspective, we become better communicators, scientists and policymakers.”

With the State Capitol right across the Causeway, UC Davis students and researchers have the unique opportunity to directly engage politicians and policymakers with their research. If you, like Gabby, have an interest in communicating science to non-specialists in a meaningful way, consider getting more involved with local organizations such as CCST and Capital Science Communicators by attending networking socials and Davis Science Cafés (hosted by Professor Jared Shaw).